KGF actor Yash is celebrating his 34th birthday today. The makers of KGF: Chapter 2 revealed a new poster of the film. 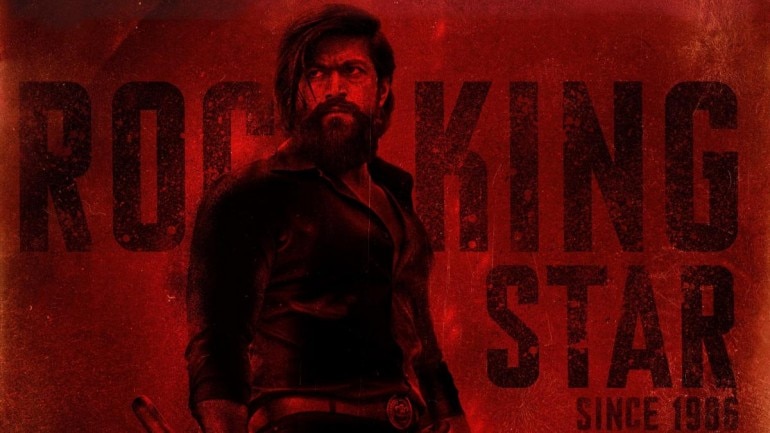 Kannada actor Yash’s fame rose sky-high when his film KGF: Chapter 1 hit the theatres in 2018. The film, directed by Prashanth Neel, released in five languages and was hailed by the audience across the world. Now, the makers are busy with the production of KGF: Chapter 2.

On January 8, Yash turns 34 and director Prashanth has released a new poster as promised. In the poster, Yash is standing tall with a huge hammer in his hand. The actor looks like he is all set to take on the villains with his massive weapon. The poster has the wordings, “Rocking Star since 1986.”

Sharing the poster, director Prashanth Neel wrote, “Wishing our Rocky @thenameisyash a very Happy Birthday #RockyBecomesABrand. All of you have a great and safe birthday celebration with our Rocking Star Yash (sic)”

All of you have a great and safe birthday celebrations with our Rocking Star Yash#KGFChapter2 #HappyBirthdayYash pic.twitter.com/C8ufkcJfKu

A few days ago, Yash, at a private event, announced that the teaser of KGF: Chapter 2 will release on his birthday. However, the director later took to his Twitter page to apologise to the fans saying that he would not be able to complete the teaser work in time.

He also added that he takes the sole responsibility of not being able to release the teaser on Yash’s 34th birthday. Prashanth also stressed on the fact that they’re aiming to deliver a quality product, which is why they’re taking time to complete it.

In an earlier interview to a leading daily, Yash said, “The scale of the presentation is going to be much larger this time. Now that KGF is a recognised brand, we have expectations to live up to. Not that we were any less careful with the first part, but we’re aiming to turn the technical aspects up a notch in the sequel. The script contains a few very complex action sequences for which we might have to get help from foreigner technicians.”